Here are the five cards I pulled this morning when I asked what was coming up in the UK News this week:

An ending or death for a famous woman

An ending for a woman with a long work experience

Lily-Coffin = The end of experience; death of an older person

Woman-Coffin = Ending for a woman; last woman; death of a woman

Oh, I do hate these ones which indicate someone dying.

I’m slightly hoping – as seems to  happen in my readings sometimes – that this refers to something that has just happened rather than is about to. Although we all pass away eventually, of course. There was a news story in the last few days of the death of the inimitable Baroness Trumpington, Conservative peer, who’d had a long and interesting working life, from working with Lloyd George (“priapic” as she’d described him) to Mrs Thatcher (to whom she was unafraid to stand up and say her piece). Her most famous moment of recent years came with her essentially giving the finger (or a V sign in her case) to a fellow member of the House of Lords, when he mentioned her age. This, of course, went viral…

Meanwhile, there is little else in the UK news other than Brexit.

Well, it could indeed have been Baroness Trumpington. This week, there’s been an awful death, a murder, reported of a backpacker in NZ, but as this was sadly an all-too young woman, it’s not who the cards represent.

It could actually represent Theresa May after all – not literally, but certainly in terms of an ending. Her week in Parliament with her attempts to get her Brexit bill through has been gobsmackingly awful, with defeat after defeat in the Commons and a contempt of Parliament charge. Could this be signalling the end of the May premiership after all?

Here’s The Guardian on the story today – with, one should note, a picture of Mrs May with a suitable graveyard backdrop.

I thought I’d do a reading on Theresa May since there’s so much going on politically and with Brexit, just to see if the cards reveal anything we don’t already know. Here are the cards I pulled, in a 9-card spread, and Woman at the centre for Mrs May:

Mice-Scythe-Moon = Anxiety around an emotional decision

What’s Going On With Her :

Birds-Woman-Lily = Her past talks, her age and experience, or perhaps talks with an older person

What’s interesting about this is that Theresa May is due to have a televised public “debate” with opposition leader Jeremy Corbyn about her deeply unpopular Brexit deal. It should be noted that in the run-up to the previous General Election, and clearly uncomfortable in public speaking situations, she refused to appear in public debates unlike all the other party leaders. It cost the Tories dearly, I think, another ill-advised decision in what turned out to be an ill-advised election where, despite winning, the Tories lost many of their seats and ended up having to do a deal with the DUP to stay in government.  Even Mr Corbyn, who has had notable difficulty himself adjusting to the” media-friendly” requirements of his role, showed up to the debates. Could Jeremy Corbyn be the older man of the reading? Mrs May and indeed her whole government is clearly under huge pressure at the moment. Although I don’t hold out much hope for Mr Corbyn and Labour at the moment either, frankly. They have their own difficulties, but that’s a topic for another post.

Both main TV channels have cancelled the debate – as per the weekly reading above, Theresa May’s Brexit bill has NOT gone down a storm so far in Parliament. What DID come up was the legal advice the government had got in secret about the Brexit bill, which Mrs May was forced by Parliament to publish. Could this be the ‘past’ referred to in the reading?

The vote is this week. My guess is the bill will be scrapped, and there may even be a second Referendum.

Further update: Theresa May, knowing it was not going to get through Parliament, actually cancelled the vote. To widespread outrage. Is now facing a vote of no confidence in her leadership from her party. 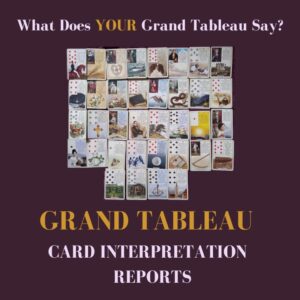 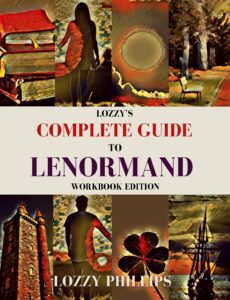