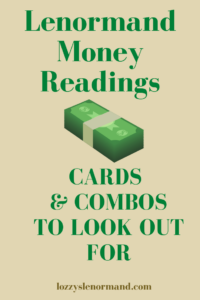 We often talk about the importance of context when reading Lenormand, and how that affects the meanings of the cards. (Take a look at the post Why Context Is Important in Lenormand Readings for more detail on this.). In different contexts and situations, whether it be love, career, money, family, school, the world at large, you should find you are able to apply the fundamental meanings, the essences, of the cards to those different situations to reveal meanings that make sense in that situation.

What you also tend to find as a reader is that common cards and combinations come up again and again in certain situations. As in all readings, it’s your job as a reader to piece together the clues.

In this post, I’m looking at what cards and combinations to look out for in your Money readings, and what messages they tend to convey. Think about what you’re looking or hoping to see (or not see!) and what clues the cards may be giving you. 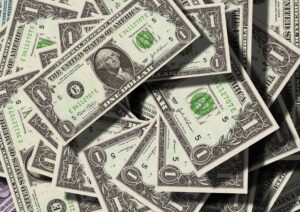 Wealth, Material Security  Look for the Bear card as a sign of wealth, finances and money in general and material security. You may want to use the Bear as the keycard in your reading if you are asking a question about money

Cashflow, Spending. Instead of the more solid Bear, cashflow is better represented by the free-flowing Fish, which is also the card of business and enterprise

A Payment   In a money reading, you will sometimes see the Ring appearing to represent a payment, particularly when paired with the Bear or sometimes the Fish (which represents more of a cash payment). The Ring has connotations of something agreed, or a bond of some kind.

Transfer. The Ship, with its essence of movement, and especially when paired with the Bear can suggest the transfer of funds. It can also represent trade or money coming from international sources.

Ways Money May Come Into Your Life

Most often, when people do a money reading, they’re looking for signs of how money might appear. Here are some of the most common ways that come up in readings and what cards and combinations of cards to look for. 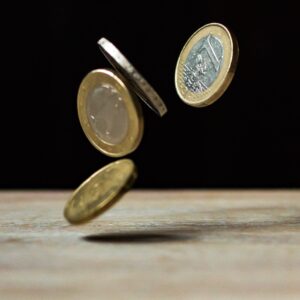 A Steady Job or Salary  The most common source of income. Here, you’re looking for, in combination with the Bear (for its sense of security), the Fox, which represents employment, being an employee and day-to-day work, so Bear-Fox, in that order, would generally represent a salary, literally “work money. The steadiness itself can also be emphasised by Bear-Anchor for “stable income.”

A Business or Enterprise, Freelancing, Cash-in-Hand. For this, you’d be looking for the presence of the Fish somewhere, either followed immediately by a card which indicates which kind of business or enterprise, or more usually the Bear and Fish combined – literally “cash money” or “independent money.”

An Inheritance, or Family Money Clues that this might be the case would come from the Bear appearing in the spread with the House (for family money) or often, in the case of inheritance, where there’s been a bereavement, represented by the Coffin. A Lily in such a reading usually represents older people, especially men. Note, too, that Bear-Garden in this context might indicate money being shared by a group of people.

A Pension. The Lily can also appear combined with the Bear to represent pension money (Literally “old age money.”)

A Gift of Money, A Donation Look here for the Bouquet which represents something being gifted. Bear-Bouquet or Bouquet-Bear suggest gifts of money, “wealth or money gift” and the Fish in combination with the Bouquet indicates more of a cash donation. In both cases, the gift is likely to be a one-off. 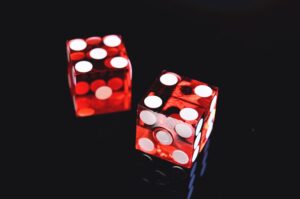 A Gambling or Lottery Win Wondering if it’s going to be the Lottery? Gambling-type wins are usually represented by the Clover, literally  “chance or luck money.” For bigger wins of this type, along with the Clover and the Bear, look for the Sun or Stars combining with that Clover card.

Prize Money. Sometimes you might win money as a result of an achievement; a competition, say. Here, I’d be looking for the Sun or Stars alongside the Bear, suggesting victory, success and achievement of some kind.

A Settlement of Some Kind e.g. Post-Divorce, Alimony  Expect to see the Ring somewhere here combined with the Bear to emphasise the contractual nature of this. If it’s post a break-up, you may see a related Scythe card and if there is a legal aspect, expect the Tower card (Officialdom, Governance) might appear in the reading as well.

A Redundancy Payment  Another contracted or agreed-type payment, so the Ring may well appear but this time, the Fox may too, along with the Scythe. 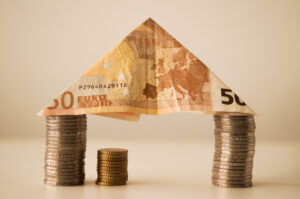 A House Sale or Rental Money Again, look for the House alongside the Bear, and you might also have the Fish if you’re treating it as a business.

An Educational Grant, Funding or Scholarship. Sometimes, you may receive money for study, or funding or a government grant you’ve applied for. Here, I’d be looking for the Book alongside the money cards.

Reparation or Compensation for something bad happening; an accident or a hardship, say. Here, I’d look for the Cross in combination with the Bear.

Multiple Sources of Income. Look for the Crossroads alongside the Bear or Fish to to indicate income coming from multiple directions or sources. Occasionally, I’ve found the Tree may appear as well, indicating money in different “branches.” 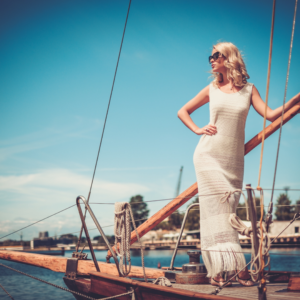 A Wealthy Person Unsurprisingly, the Woman-Bear or Man-Bear tends to be a good indicator of a wealthy person. (Woman-Fish or Man-Fish tends to refer more to business people than wealthy per se)

Banks Here, look for the Tower alongside the Bear to indicate that it’s an organisation. Again, the Fish doesn’t really match the money meaning of banks here, which specifically manage wealth and broader finances. Financial documents and bank statements are also indicated if the Letter is found in the reading.

A Benefactor. Here, you would expect to see the Dog appearing alongside the Bear, most likely in the order Bear-Dog (Friend or Supporter’s Money, although the other way round it could also mean “Protective friend”). As this quite often involves financial gifts, you may also sometimes see the Bouquet in the reading as well, or the Ring if it’s some kind of set agreement. 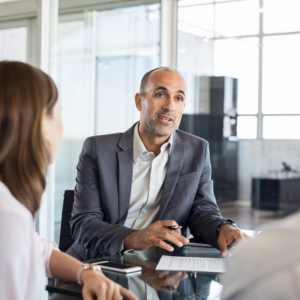 Financial Advisor. Again, the Dog may appear, but this time more likely in the combination order Dog-Bear (literally “Financial friend.) Here you may also get the sense of a more senior mentor if the Lily  appears, and if it is the person’s job or business, you may well see the Fish also, as in Fish-Dog-Bear (financial support or advisory business).

A Gambler Again,. you’d be looking for the Man-Clover or Woman-Clover card here with perhaps another money card, to indicate the role of gambling, risk and chance. The surrounding cards, whether positive or negative, should indicate whether they are successful in that endeavour or not! 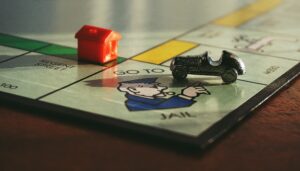 A Thief or Conman or Woman Look out for the Snake and particular the Fox associated with a Man or Woman card in a money reading. As well as work (‘survival’) the Fox literally means deception and theft in Lenormand, so always be wary if it comes up in a reading as it may not be relating to employment.

As well as the theft or deception indicated by the Snake or the Fox, other cards and combos indicating financial problems could be:

Lack of Financial Security. Often this comes up in the form of the Clouds combining with the Bear or Fish, as the Clouds represents uncertainty, in this case, perhaps, not knowing where the money is going to come from. 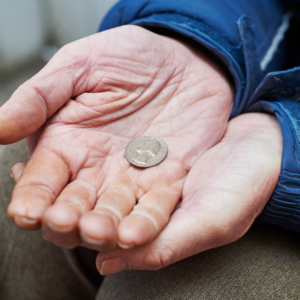 Money Worries, Hard Times. Often you find this features the Mice card, representing both worries and poverty, but also finances being ‘eaten away’. The Whip card combined with a money card is often an indication of financial struggle.

Budgeting, Cuts, Sudden Expenditure. The  Scythe card in a money spread is almost always a sign of reductions and suddenness. So budgeting, income suddenly being reduced, for example.

Most of the signs above that show ways of money coming in tend to be positives.

More general good signs would be: 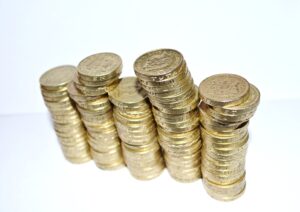 Wealth and success indicated: Look especially for the Sun associated with the Bear

Financial ambitions achieved: Here, the Stars and the Bear would be a great indication

Finances looking generally positive or lucky: The Bear with the Clover or the Bouquet

Stable, lasting wealth: Look for the Anchor as a sign of stability

Growing or flourishing wealth: The Tree combined with the Bear is often a good sign of a flourishing financial life, filled with energy

So there you have it!

In my next post, I’ll be looking at some of the Lenormand Money readings you can do!

As well as doing personal readings, I can also help you interpret your very own readings: your own layouts you’ve done with your own cards.  If you’d like some help, please see my service pages here for how to order.  You can check out samples of some reports here:

2 thoughts on “Lenormand Money Readings I: Cards & Combinations To Look Out For”