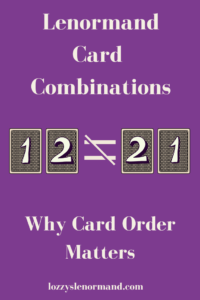 Here’s a question that I’ve been asked a few times.

In card combinations, does it matter which of the two cards come first when you combine them? Does it change the meaning at all?

The answer is: Often yes, occasionally no, but it’s best to assume YES, most of the time.

Remember the whole card combinations being made up of the  “Noun + Adjective” thing?

If yes, carry on reading. If no, check these two posts out before doing so.

How To Read Lenormand Card Combinations: The #1 Secret

How To Make Your Own Lenormand Card Combinations

So basically, we have:

2nd Card Adjective– About That Thing or Person

Why Does This Matter?

The Card order can make changes to meaning of a combination that are quite subtle and nuanced – or they can make differences that are HUGE! That can have a big impact on the accuracy of your interpretations when you’re reading.

So it’s worth getting to grips with the differences and how they work. 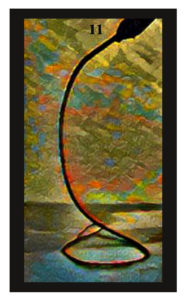 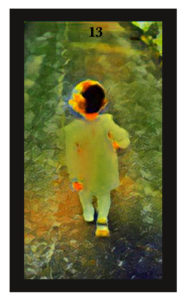 Now, the Noun, the object, the main thing here, is the Whip. Here are some things that card could represent:

And the Adjective, what is describing that Whip, is the Child card.  So here are some descriptions of the Whip that could come from that Child card:

Some example combinations of these two cards, in this order, could therefore be (and if you’re a non-native speaker, remember that in English we actually say the adjective before the noun):

So you see from this, most important thing in this pairing, the key thing we’re talking about, is the Whip. It is then given colour by the second card, the Child, which tells us what kind of “Whip” it is. In addition, of course, we’ll need the context to tell us which of the meanings most make sense in our reading. A family context where there are kids would mean this is going to be read differently from if it is about a love relationship, for example, or if someone is embarking, perhaps, on a new career.

So What about The Exact Same Cards The Other Way Round?

Well in this case, the Child is the Noun which in most cases would be representing a person rather than a thing. So, for example, that’s likely to be:

This time, the Whip is not the main focus of the pairing. Instead, it is the adjective, describing that Child. For example

So some examples of the cards’ meaning when they appear in this order could be:

Sure, “a child’s conflicts” and a “an argumentative child” aren’t THAT different in meaning, but most of the rest of the two lists show a marked difference from one another. So depending on your context and the question you asked, the order of the cards could make quite a lot of difference to your interpretation.

Combinations Where The Card Order Commonly Makes a BIG Difference

These can be seen most starkly where one card is generally “positive” and one “negative” in meaning. Take a look at these:

Snake-Clover =  lucky problem, a cloud with a silver lining

Bouquet-Cross = something lovely comes with a burden, a gift with strings attached

Cross-Bouquet = a pleasant or positive responsibility, a burden gladly taken, a nice problem to have

The order of card combinations and how you interpret them can make a BIG difference to the accuracy of your readings. The more you start moving away from card combination lists, the more important this becomes to be aware of, but when you are still referring to lists, it should also help you see why some of the meanings given are as they are.

For a FREE card combinations PDF E-Book,  sign up to my mailing list for weekly newsletters and other freebies.  If you don’t want to sign up, it’s also available in paperback and ebook format from Amazon.

Or Do You Want A Private Reading?

I now offer private email readings.  I can also help you interpret your own readings: your own layouts and your own cards.  Please see my service pages here and here for how to order. (Oh, and be sure to check my code of ethics as to my approach!). You can check out samples of my reports here:

The Book is here! 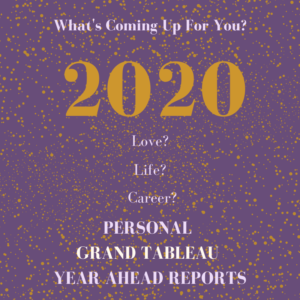 Want a Lenormand Reading from me? Check out my reading services & reports in the Shop