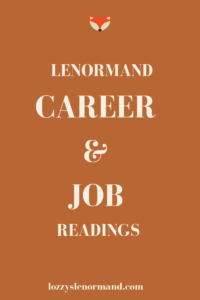 In developing stronger reading instincts, it’s really helpful to get to grips with the underlying sense of the cards and the nuanced differences between them.  I wanted to do a few posts about this in the context of the common overall themes we might get in our readings, or those particular questions we are focusing on.

Career, Work and Business is one area that we’re likely to get a lot of questions about.

When we’re talking about careers and jobs, which are the cards that are relevant, and what are the differences between their meanings? How do you know which is which and how they get used ?

The Fox versus The Fish

Two cards both related to employment. But which should be used for which?

Now, you’ll know by now that the Fox is often taken to be the Job or Work card, especially in the French system. But the Fish also relates to Career and Business. So how are they used differently and how can you interpret them when they appear in a reading?

Let’s take a closer look at them and think about their meanings: 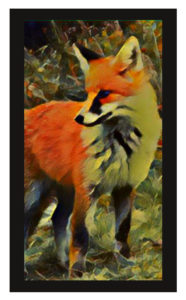 The Fox is a primarily card of survival. What do foxes do, what do their activities involve? Making sure they do whatever they can to ensure their survival and that of their families. The Fox is about bringing home the bacon (or the chickens, in this case) – come what may. It will probably involve instinct and security. But it may also involve scavenging and theft if times are hard. The Fox has to have her wits about her. Her survival might have to involve cunning or even deceit. If the fox has a rival, she is likely to compete – because their very survival and that of their cubs depends on it. So the Fox card is one of necessity and survival. It is this aspect that is associated with employment in human beings, but it’s worth bearing in mind when you use the card or see it in a reading, the cultural norms driving this idea. It is more of a worker card than a business card. 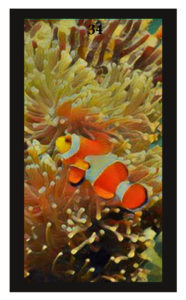 The Fish, on the other hand, is a much more independent creature. Yes, it has to survive, but in this case, it is all about freedom and flow. It can move about independently in a wide ocean. It can explore its opportunities. It is less restricted than the Fox. It can pick up bits and bobs – various acquisitions – on its travels. It can dart through situations and be gone with a flick of its tail. This is why the Fish card represents business and commerce rather than the more day-to-day survival-type employment of the Fox. Freelancing, in particular, would fit with this card. It also relates to money and cash flow and financial matters – to abundance and day to day prosperity.

What about other career and business-related cards?

There are a few other Lenormand cards that often come up in relation to work and business interests, so it’s worth getting to grips with their meanings in this context. 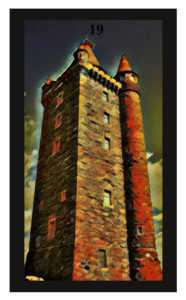 The Tower is a card of officialdom, of corporations and governance, of physical buildings and the establishment. In the business and work context, this would be a company in its official, legal sense, big established organisations, legal departments, executive functions. Also office buildings and departments. It is a card that denotes status, too, so can be a sign of say, a job or a company or a role, becoming officially established. 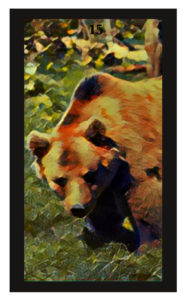 The Bear often comes up when we are talking about finances and money, but also power. In the money sense, the Bear’s meaning differs from the Fish in that it is not about income flow as such, but security, the solid foundations that protect us in life. The Bear is also a sign of protection, of strength, of defences. Because of the power element, at work the Bear card can often be a representation of a manager or boss. 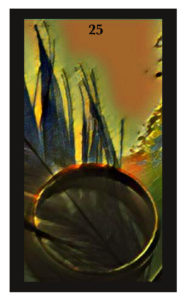 The Ring comes up a lot in business and work readings because it represents contracts and deals. It represents relationships, but not in the emotional sense, even though it also comes up in love readings to demonstrate commitment. and marriage; the Ring is about agreements, alliances and obligations. When you think about the symbol of a Ring and what it has represented historically and culturally, you can see that it is often about promises, allegiances, ties and bonds. For this reason, it can also sometimes represent a payment –  a bond that is being honoured. 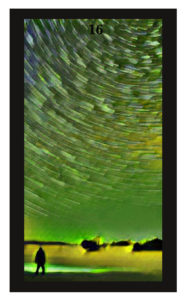 The Stars represent high-flying. They show big goals and ambitions, the successes of our wildest hopes and dreams. They also represent fame and celebrity. In employee terms, these would be the top people, the high-fliers, the star employees. Whereas in a reading, the Tower, say, would be more about official establishment and solidity, and sometimes superiority in terms of status, the Stars instead invoke a sense of limitlessness, of the big picture, the wider world.

In my next post, I’ll be looking at a few example readings which highlight these meanings in a real-life context.

2 thoughts on “Lenormand Career, Business and Job-Related Readings I”